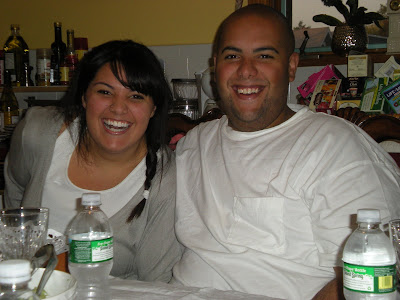 
Your father would prefer that I call you Tess, but since I'm your aunt I can call you whatever I want. Only sweet words, of course.


Your Papà and I have always disagreed, and I'm sure that you'll bear witness to some of our arguments, but just know that these are not reflective of our relationship. You see, Kevin and I are only 15 months apart and practically twins. He's my best friend and worst enemy. When things were tough he was my safe zone, not that I have ever treated him like that. But you, my little chickadee, will be much nicer to him than I was. Right?


He adores you. I knew this on the day he called to say Mommy was pregnant. I could hear it in his voice. He was never scared or nervous, but sure that this is all he had ever wanted in his life.


Unlike your aunt, Papà is a man of certainty. He wakes up before 6, is always on time, and knows which bag of chips he'll want at the corner store before we even get there. Sometimes, this quality will be frustrating when you'll want to browse the shoe section, change into a dress and not wear pants, or arrive fashionably late. For him, it's all about the destination, girl.


Deal with this. This is not the battle you'll win. The best thing about him is that he'll still be sweet to you, even if you're late or can't choose what to eat off the menu.


Let me teach you some tricks on how to get what you want. He may have been my arch nemesis, but he's still my big brother, which means that he'd always do anything for me. You have to use his practicality against him.  For example, if the goal is to assemble my dresser, it's more efficient if he just builds it. He'll do it better and faster. All I have to do is pass him the tools, maybe fetch some water or a towel, and provide company/entertainment.


Also!  Look like you're working and ask questions. It makes him think that you are trying to learn how to do this on your own someday. Say thank you a million times over and really mean it. He'll go above and beyond for you if you're just appreciative.


I hope that you'll be good enough to beat him in basketball a few times in your life. He's a tough competitor with his size and speed. He is always in full control of his body, but if you want to beat him, you'll have to work twice as hard and run three times as fast to get the loose balls. He only chases the ball if there is a chance to score. Also, pump fake, a lot. Otherwise, you'll be eating the ball when he blocks your shot. He’s just really good at lots of things. It’s annoying, I know.


Here are some other quick things you should know about your dad:
·         He has a tendency to tap on things and sing while you're trying to read.
·         If you act helpless, he'll do anything for you. He still doesn't know that I know how to connect a DVD player to the TV.
·         Only 1 out 4 of his jokes are funny, but that 25% will have you in stitches. He does really good impressions, too. “Hercules! Hercules!"
·         Before you get all super embarrassed of him, have him to teach you how to dance and sing. He's the best at both. He also writes beautiful songs that will make you want to gag because you'll love them so much.
·         Your dad is a great listener and gives great hugs, especially when you’re crying. 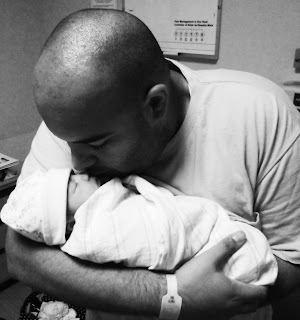 ·
He's also an emotional man, which makes you the luckiest girl in the world. He'll understand when you're in a bad mood and will do anything to make you happy again.

Finally, dads sometimes don't get it. They won’t understand when you’re craving chocolate or are crying for no apparent reason. But don’t worry; your dad has lots of practice with one of the craziest teenage girls of all time: Moi. When you’re about to get fed up with him, cut him some slack. He wants to understand, but he just can’t. Ask him to take you out for ice cream or for some space. He’ll do it. This, My Dear, is why you’re the luckiest little girl in the world. Don’t you ever forget it, and whenever you do, call me and I’ll give you a friendly little reminder.

Love,
The Most Rotten Little Brat Ever
by Amelia Pontes at 7:53 PM