What I Know For Sure About Time 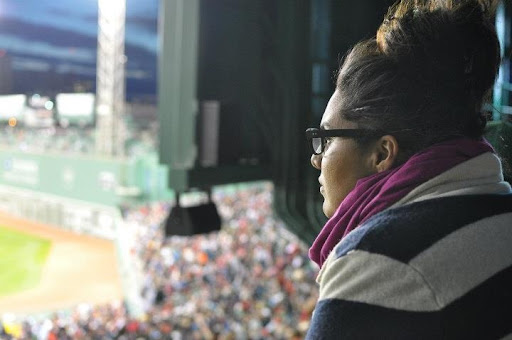 When an educator has the guts to say, "I don't have the time to help one kid who is having a rough day," I can do nothing but write it down in my little black notebook. My arrogant self wants to say, "What the fuck is wrong with you?"

But I write his words down because in them is a truth about each of us. How often have we all felt that way? It didn't take long for me to recognize my own lack of patience these days. I've been rushing through mornings, praying for the next hour to hit, and letting my eyes glaze over as people tell me the inconsequential details of their lives.

It's hard when you're wrapped up in your own head. The worst thing about being sad is that you turned into a selfish little bitch, too. Your hurt, your fears, and your thoughts are the only things that matter. Your ears turn off before your heart does.

I was taught a lesson in compassion at our family's Sunday brunch. Nothing feels normal yet, but the sharing of stories helps.

My cousin works at a fancy hotel in Boston as a server for large functions. We've all known that she has been in close proximity to professional athletes, actors, and other very important people. It wasn't until this past Sunday that I learned that she has also served Bill Clinton. Twice.

She told me that the first time he came, his handlers had to rush him out of the hallway because all he wanted to do was talk to the servers. He asked them questions, told stories, and most of all, the former President of the United States of America, gave them his precious time. On his last visit, to prevent him from taking up too much time talking to the regular folks, they banned anyone from standing in the hallway. Imagine that? You're one of the most powerful human beings on earth, but your biggest flaw is spending too much time with the people who serve you stale chicken and potatoes.

Last Friday, I stopped typing, shoved the papers to the side of my desk and sat in the office with a colleague and listened to his story. I wanted to tell him to be grateful for his life and to stop bickering about the tough cards he had been dealt, but I knew that was my own sadness speaking and it wasn't from a place of love. I dug deep beneath my own resentment for this unjust world and praised him for his tenacity and ability to overcome his obstacles. And while I tried to make him feel better and watched him wipe a tear from beneath his glasses, my heart opened again.

What I know for sure is that although life is short, there's always enough time to listen. All struggle and hardship is relative, but important. If we can find, better yet, make the time to hear each other's stories, we can rediscover compassion and love even in the hardest of times.